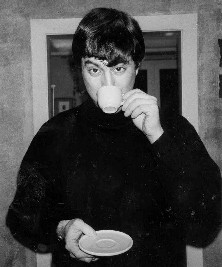 John R. Klein is a professor of mathematics at Wayne State University in Detroit, Michigan.

His research centers on the algebraic topology of manifolds.

He has written papers on the homotopy theory of embedding spaces, higher algebraic K-theory, the automorphisms of manifolds, and the theory of Poincare duality spaces. More recently, he has been involved in a project that relates algebraic topology to statistical mechanics.